Why Do Germans Love Merkel? 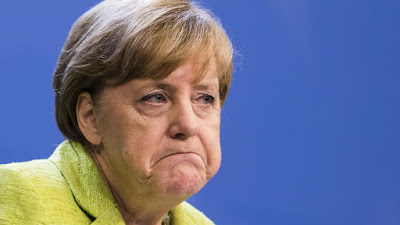 I know that many many non-Germans are baffled as to why Germans seem hell-bent on keeping Angela Merkel as their chancellor, at almost any cost.

After what she did to the country, it would seem only logical to show her the door and bolt the locks from the inside. Instead, Merkel's party stands at a very respectable 31 percent in almost all polls. And this isn't because of some very popular policies her party advocates, or because of a generally popular party structure. There is in fact nobody at all that anybody could name as a representative -- apart from Merkel herself. That 's why it's often called the "Merkel-party"rather than its proper name the CDU/CSU. (A name by the way, which sounds more and more hollow, there is definitely nothing Christian about that party, nothing social, and increasingly not even anything democratic anymore):

So why are Germans so keen on Merkel?

Firstly, Germans feel comfortable with her. One of the fundamentals of the German psyche is that people MUST NOT get above themselves. They have to blend in, be like everybody else, be exchangeable, be "normal".

Ergo: Merkel with her forgettable face, her mousy hair, her just out of bed complexion, her ever same-style clothes, her squelchy health shoes and general humdrum air has something that immediately appeals to Germans: She is unthreatening, unkempt, or - as they would say: unpretentious and modest. That makes her a star performer in her nation's peculiar psychological makeup.

But Merkel doesn't just score via her provincial unkempt normcore appearance. Germans are also extremely impressed by titles and degrees, however phony. The fact that Merkel is a chemical physic, is also married to one (who is even a Professor!) many Germans find extremely impressive and admirable. Never mind that her dissertation is only partly accessible to the public, that doubts have been raised as to who the exact author was of it all, about the quality of the disposition etc etc. - never mind. For Germans, their  chancellor ("Unsere Kanzlerin") is a Frau Doktor. OOOH! That is impressive! She must be right then! A scientist as well! Clever and analytical!

Merkel also - because of the two points we just discussed - comes over as extremely reliable, dependable and trustworthy. This is in stark contrast to her actual performance: Her decisions tend to be quixotic, unilateral, often based on irrational feelings and  personal gain.

But as Germans are so stubbornly convinced that their dishevelled, saggy-faced near-dictator is an honest broker of their interests in the world, they will carry on voting for her, keeping her in power whatever ills she will be inflicting on the nation.

In Merkel, Germans have found their true leader. 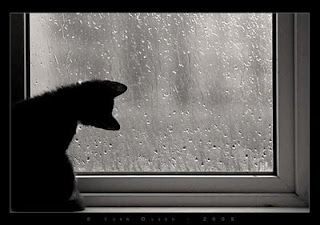 Have you ever commented about the weather in Germany? It's tricky that - and full of potential pitfalls.

Let me explain: Say, on an ordinary October day, you remark: "Bit blustery, isn't it" or, in German, as of course you'd be politely speaking the local language: "Ganz schön windig heute".

The automatic reply you'd get would be: "Ja was denkst du??! Es ist Herbst!!" (Well, what do you think?! It's autumn after all!") Thump.You fall flat on your face and wonder what you did to engender such a strong reaction to an ordinary remark.

Whereas in Britain, you'd be getting any response from polite, distracted affirmation "Isn't it just" to spinning the conversation on "It really is . I even had to take my washing in this morning" or any other way of making  something of the opening gambit. In contrast, the German response is automatically challenging, personal, and in attack-mode - querying your sanity that you're clearly not aware that it is indeed autumn, and what else would any sane person expect, so why on earth comment? Conversational effort rebuffed, speaker called sub-intelligent and openly put in their place. End of conversation. Best to say nothing in Germany. Which of course is the German way: If it's not "meaningful", it's best to say nothing,  they argue. What could posssibly be meaningful, say arriving at the work place on a Monday morning? Angela Merkel's immigration policy?

Consequently, silence is a major part of...German conversation (1). But back to our example, as there's more to it  than the sheer rudeness of speakers.There's also a complete intercultural breakdown: People in Germany aren't aware that seasons aren't so clear-cut everywhere as they are in continental Europe: Spring: Mild - Summer: Hot - Autumn:Windy - Winter: Cold. The "4 seasons in a day" concept for example, so prevalent in Britain and Ireland is totally unknown to them. Therefore, a rather bovine attitude towards the seasons is preordained. It is as it is. No need to comment. Es ist halt Herbst! Ja. isso.


(1) I shall be wrting about silence -"Schweigen" in a separate post. It is of immense importance when understanding German society, history, and even current political events.
Posted by Margit at 16:44 No comments:

Margit
Author of http://interculturalmusings.blogspot.de/ I've lived in many countries, and even more towns.